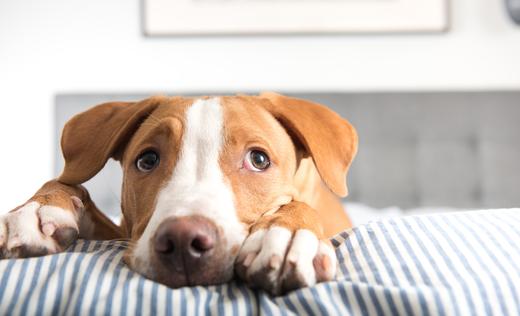 Today we will be talking about the natural de-wormer, DE Plus (formerly Worm Aid). Deworming can be something that pet owners find a bit of a nuisance. However, this worm aid can be given to pets on their food or mixed with something yummy. No drops you have to give a million times per day and no pills to shove in their mouth! Below we will go through each of the ingredients and discuss how they work.

DE works mechanically to physically cut worms in the intestines. It is made with fossilized sea creatures called diatoms. It has the consistency of flour and feels like a dry powder to mammals. However, to insects and intestinal parasites it is sharp and damages them. DE has been proven to work as a dewormer in several studies and species [1]. DE Plus contains food grade DE to ensure it is safe for pets to consume. It can take care of all kind of parasites, such as roundworm, nematodes and tapeworm.

While neem has been demonstrated several times to be anti-parasitic for external parasites, it can also be useful for internal parasites. How internal, you might ask? Right down to the bloodstream! A study by Mukherjee et al. showed that neem has capabilities to thwart heartworms [2]. This is because the active compound in the neem, azadirachtin, goes into the bloodstream once consumed, and can therefore directly target heartworms. Further studies need to be done to confirm what they found.

Pumpkin seeds work against worms in two ways. The first is similar to diatomaceous earth, where it physically harms the worms. The second way is to paralyze the worms. This is done by a naturally occurring compound in the pumpkin seeds called cucurbitine [3]. This means that worms that latch onto the intestinal wall, such as hook worm, will likely let go and then can be passed through the digestive tract and expelled.

Turmeric is interesting in that it has been shown to lower intestinal parasite numbers by initiating cell death in parasitic organisms [4], but has also been shown to interfere with parasite growth and reproduction. Once exposed to turmeric the insects can no longer produce offspring. This greatly helps with parasites present in the gut since it can decrease the rate the parasites multiply over time. Both of these functions are believed to be due to the curcumin turmeric contains.

That’s it! It may be a simple recipe, but you can feel good about giving your pet these natural ingredients rather than chemicals. Good bye worms!

[1] Diatomaceous earth in the prevention of worm infestation in purebred pigeons, http://yadda.icm.edu.pl/yadda/element/bwmeta1.element.agro-6d07ef4d-0a4a-49f6-aaae-fe8a432224ad

[4] Anti-giardial therapeutic potential of dichloromethane extracts of Zingiber officinale and Curcuma longa in vitro and in vivo, https://link.springer.com/article/10.1007/s00436-016-5010-9