I’ve grown up all my life breeding dogs and it’s been a big part of who I am and my relationship with animals. Sadly, it has also led to a lot of animosity from people who call themselves animal lovers. I hope by opening up and sharing my experiences and how I breed I can open some people’s eyes to their own prejudice. I also hope people can apply what I’m saying to other aspects of their lives where they may be prejudiced as well, as I feel there is no shortage of animosity and jumping to conclusions in the world today. 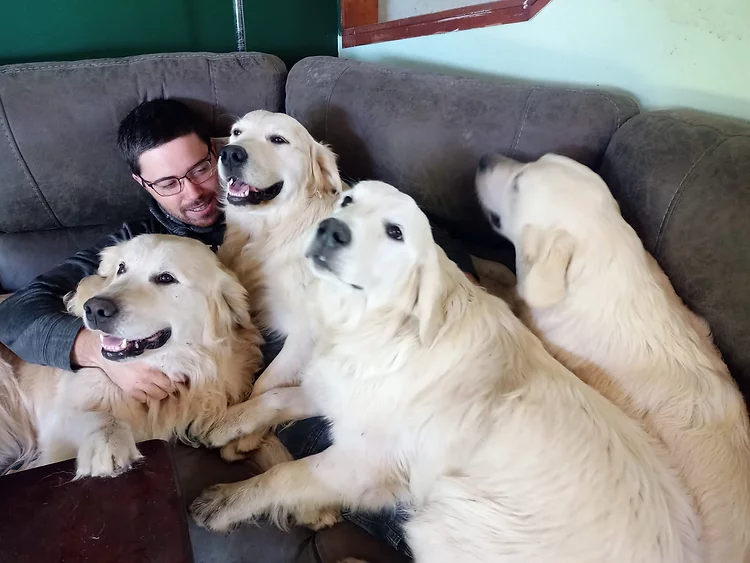 What do I mean by Animosity?

There are many who believe all breeders are evil puppy mills and I can tell you there’s no one who hates puppy mills more then an ethical breeder. I would like you to think about your job and then think of the crummiest, most disgusting people who do something similar to you. How would you like to be told you’re the same as them? I would hope that would upset you, and it does upset me.

When trying to make new friends I have people show visible disgust or stop talking to me when I say I’m a breeder. When articles are published in magazines it’s left out of my biography that I’m a breeder as it’s potentially upsetting to readers. When interviewing perspective employees, I would say 25% say all breeders are evil. Another 25-50% say a very small group of breeders are acceptable but that every rescue is amazing (there are many for profit pet rescues sadly). Don’t get me wrong, I am a huge proponent of being critical of breeders, I just want people to be critical in general.

Why do people have animosity towards breeders?

There are three types of breeders that cause a bad name for breeders. The most obvious is puppy mills. They’re the scum of the earth and I cannot urge people strongly enough: DO NOT PURCHASE A PUPPY FROM A PUPPY MILL. All you are doing in that case is giving them money to continue what they are doing. Instead, if you come across one, call PAWS and have them shut down. If you’d like to save the puppy, like everyone who buys from them, you can rescue them once they’re taken away by the police. Do not give them money so that they’ll continue that behaviour.

The second type that creates a lot of animosity is show breeders. That’s not to say every breeder who shows their dogs is bad, but breeders who prioritize winning shows over quality of life or quality of puppies. They inbreed, keep their dogs out of the sun, don’t let them play or go swimming, etc. That is no way to raise a happy dog and is where many of the “purebreds are less healthy” opinions come from.

The third type is strangely viewed by many as more acceptable and better, and that’s backyard breeders. People who think they’ll make some easy money, love their dog and want to make a copy of them, or simply don’t bother to take any precautions to make sure their dog doesn’t get pregnant. It baffles me as to why many people are more accepting of this as it leads to far more health concerns, more dogs in shelters, etc. This is where a lot of shelter dogs come from. There’s no ethics to this type of breeding as there’s no effort made to ensure the puppies are healthy or in many cases that they go to good homes. As professionals it is incredibly disheartening to know how few people care about all of the health and temperament testing we do to ensure a puppy is as perfect and happy as they possibly can be.

How do I breed?

What I call ethical breeding is prioritizing the health of the animals as well as the happiness of the animals and their new family. When we are getting new puppies to add to our family, we ask dozens of questions such as the health history of their extended family, ease of birthing for females, testing for genetic health defects, etc. We look at their siblings, parents, grandparents and great grandparents’ health, we test them for genetic issues… the list goes on and on. A lot of thought and research goes into it. We do everything in our power to make sure their children will have a long, amazing life.

We also buy top of the line foods for them, which even though we have a pet food store still costs about $250/week, far more when there are puppies. We also add supplements and healthy treats to their diet as well, which isn’t included in that $250. This allows us to control the nurture aspect of their health as well as the nature aspect I spoke of in the previous paragraph. This is also is why puppies from ethical breeders tend to cost more than a puppy mill dog. You are paying for a good upbringing, good genetics, a ton of research, and all of the time, money, and effort that went into a particular puppy.

We wait until our females are fully developed so their bodies are in prime physical condition for handling pregnancy and childbirth. We also retire females early if they seem to be struggling with pregnancy, childbirth, or bouncing back from child rearing. Also, they are only bred once per year to ensure they have plenty of time to recover.

Lastly, the puppies are raised with plenty of access to indoor and outdoor space (roughly an acre) so they get lots of exercise and the mothers can get alone time when needed. Puppies also only go to homes we feel are good fits and are encouraged to stay in touch via a Facebook group as well as a family get together yearly. It is also stressed that if, for any reason, the dog needs to be rehomed that they are to be brought back to us so we can find them another good home. Do you know what this means? No ethical breeder is contributing to dogs in shelters. 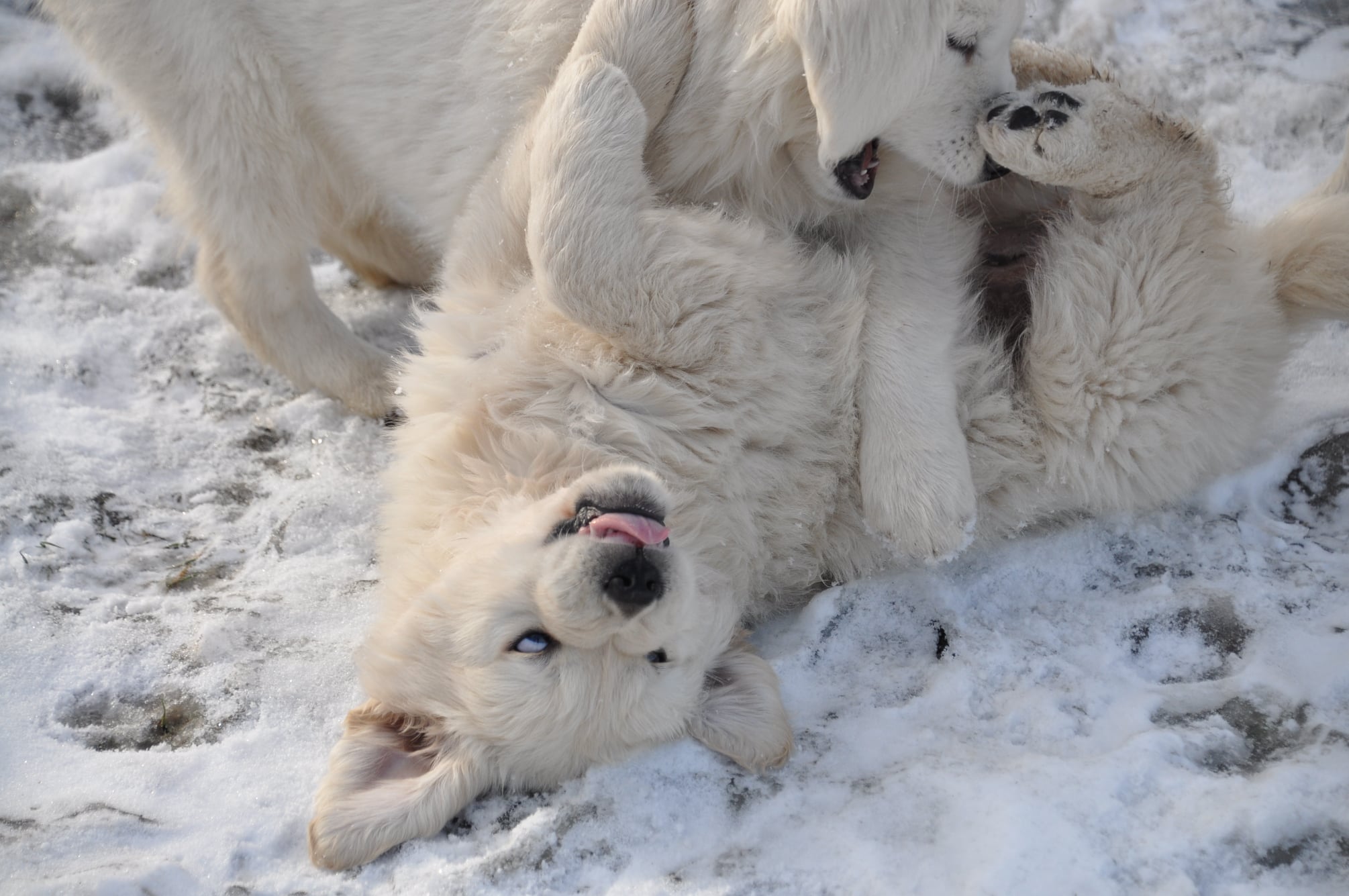 Myths I am often accused of and why they’re wrong

Breeders just throw females out with a bunch of males and let them all rape her.

I’m sure some video exists of a puppy mill doing this, but it’s not a good idea even if you’re a horrible breeder as many males would fight in that situation leading to loss of profit. I hear many variations of rape accusations and the reality is females are typically only apprehensive towards males if they have a male they live with and love, in which case they may be loyal to that male. We almost always use our own male whom the females love and even when we don’t the male takes time flirting with the female to win her over as opposed to forcing. Yes, dogs court each other. Females in heat are extremely flirty and often not choosy, so in reality it’s quite the opposite where you have to tell the female, “No, you can’t have puppies this time.”

Purebreds are inbred and unhealthy

Once again with bad breeders that’s often true, but the main part of being an ethical breeder is to ensure the health of your puppy. We take far more precautions as far as family history then humans do. How many of us made sure we don’t have a great great grandparent in common? The basis of the health argument is genetic diseases, which are easily eliminated by doing testing to ensure the parents aren’t carriers.

Breeders don’t care about their animals

My animals are with me all the time. As I write this I have 3 dogs and a cat next to me. My animals are with me while I work, eat, sleep, etc. There’s barely an aspect of my life where my animals aren’t with me. Yes, it’s difficult to get each one individual attention and that’s something we all struggle with, but most people don’t have the ability to spend every second of every day with their pets. We are lucky enough to be able to do this, and honestly they get a lot of companionship from each other as well. Nothing better than watching them all run around the yard playing.

As I stated earlier, no puppy of mine should ever enter a shelter and I would be furious if they did. It’s important to me to know where they are and that they’re happy so even if the shelter did find them a new home it wouldn’t be one I personally approved of, which would be very stressful. Every ethical breeder has this practice, and it is usually part of their contract when getting a puppy from them. If there were no ethical breeders then purebreds would disappear because the ones that would exist would be of poor quality and health. If a person decides they want to ethically preserve a certain breed, that means they love that breed and want it to grow and prosper. We breed goldens because they are the most amazing dogs in the world; friendly, social, loving, they will be a couch potato or your hiking buddy, whatever you want them to be and they will be happy to do it as long as you are there with them. We breed Newfies because we fell in love with our first rescue Newfoundland and could not find many breeders that we liked. We also believe that they should be more popular due to their friendly, silly, nurturing nature, as opposed to the other giant breeds that are not very friendly. 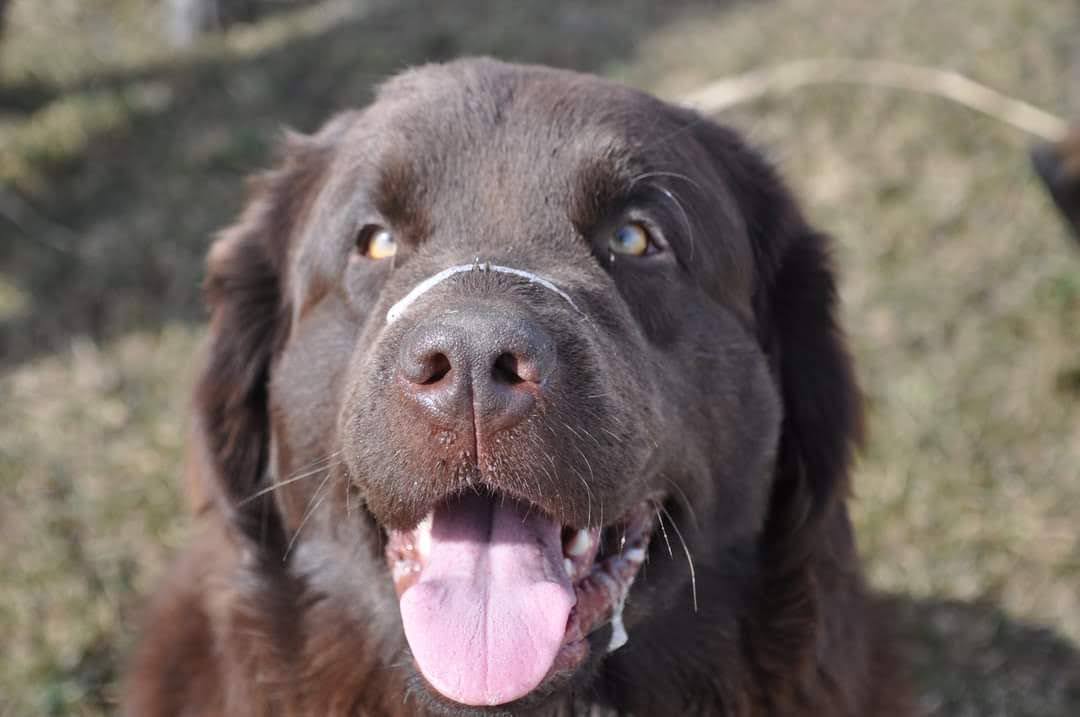 I hope I’ve opened your eyes to not equating an ethical breeder with a puppy mill and that you’ll take the time to get to know a breeder before you judge them. But not just breeders, but people in every aspect of your life. Many of us love to talk about how people that think differently from us are prejudiced and love to jump to conclusions, not realizing we’re doing the same thing to them. In all instances, please slow down and understand people before deciding who they are.