In an effort to encourage consumers to shop at small businesses, as well as prepare perspective small business owners I would like to talk about what it’s like to own a small business using my own experiences. 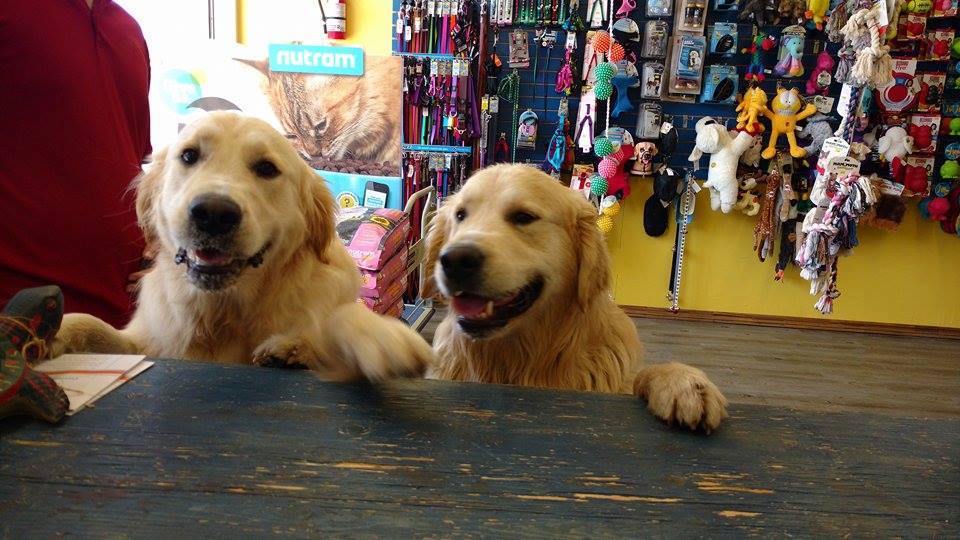 Some people will be lucky enough to have financial support from previous savings, a partner or family, but for many of us it’s simply betting everything on yourselves. Julia and I had saved up about $10,000 by working 80 hour weeks for 3 years prior to opening our first business, but the start up costs would be ~$60,000 and while my mother was able to help a little she wasn’t in a financial situation to provide substantial amounts (nor should she be expected to). To get started we had to get a loan of $50,000 and max out our credit cards. We bet our entire future on our business succeeding. Not having anything left to rent an apartment or anything, we lived over my mother’s garage in an apartment that was just a bedroom and walked to her house to use the washroom for 4 years. It didn’t matter much to us though as we were at the store 9am-8pm every day. The reason I called this article “you’re so lucky” is that it’s something I am constantly told, but the reality is it had nothing to do with luck and everything to do with sacrifice.

The early years are tough and rewarding. There will be endless surprises both good and bad. Your family and friends will shop at your competition simply because it’s what they’re used to, but people you don’t know or never liked will become loyal customers. You’ll make recommendations that save a dogs life making it all feel worthwhile and then that customer will go somewhere else to save a dollar a month. The goal financially at this point is simply to pay your bills and you’ll constantly feel like you’re teetering on the edge of a knife. You’ll have a day where no customers come in the store and others where you’re beaming with excitement as customers line up to ask your advice.

The most frustrating, and most essential, part of business. Some will become your closest friends and others will keep you up at night. It’s a constant battle to get more customers to come in and to get the ones that come in to keep coming. In my case it’s a constant flow of people telling me “all food is the same”; this makes them feel justified in buying the cheapest one. There will always be a million reasons as to why they shop elsewhere, but you still have to stay positive and appreciate every single customer that walks through your door. Unfortunately what we have found is that many people are resistant to change, and most are not looking for the best option, just the cheapest or most convenient. As a small business you are very likely not going to be the cheapest so it is up to you to convince customers of the value in your product/service.

Small businesses have to figure out who their target is and carve out a niche for themselves. For us it was all about quality and value. We never wanted to be the cheapest, or the most expensive. We wanted to be the best product for a reasonable price. The challenge with this is you’ll have a large majority that ether want the cheapest product openly or convince themselves the cheapest product is best. Those people will always shop at box stores. There’s also a significant amount of people that are looking to spend a lot of money and don’t care as much about the quality as the status they achieve by spending so much. It’s important to know your target market and not waste your time on people who will never become your customers.

The biggest competitor to every small business is Costco, Walmart and Amazon. They’re the bane of so many people’s existence and crippling to our economy, but everyone shops there anyways because it’s cheap. As stated in the product section, very few people care about quality anymore. Many people openly just look for the cheapest product and others pretend the cheapest product is “just as good”. These giant companies know that and make the lowest quality products and sell them dirt cheap to millions of people every day. Because everyone gives them all their money these companies are able to replace dozens of businesses for a fraction of the employees. This means there’s less jobs and that your money is going to some CEO in the US instead of your neighbor who may then spend it at your business. Another example of how they kill small businesses is the canned pet food market right now. Walmart and Costco went to all the canneries and paid them to not make any competing products. This meant all the small businesses haven’t been able to get any product made in years and have therefore gone out of business or are holding on by a thread. It doesn’t take a genius to understand that this is extremely shady business practice and it is much better to have a series of options then one or two.

As you get a couple of years in you’ll start to see more consistency and start having extra income. This is where you have to ask yourself an important question. What’s more important to me, time or money? You can continue doing 80 hour weeks and make good money, or sacrifice that income to hire employees. With more customers comes more competition. Since we opened Thor’s 6 years ago we have had 2 more stores open in our small town and numerous stores out of people’s houses. Some competition doesn’t fight fair either and they will make fake accounts to write negative reviews and spread rumors. You move on, but it always hurts. It’s like a permanent tattoo on your face you feel like everyone will see and judge you by it. Then there will be the times you legitimately do make a mistake. It’s crushing and makes you feel like you’re not worthy of being considered an expert and depending on the severity of the mistake can make you question your entire life.

Employees can make your life a dream or a nightmare. After years of 80 hours a week it’s strange and amazing to actually have free time. Having employees that you can leave alone and trust makes a world of difference, but not always how you want. Our first employee at Thor’s for example turned out to be leaving hours early and when we fired her for it she reported us to PAWS (animal welfare) just because they were angry. We had trusted her so much that it hurt like crazy to be betrayed like that. I cannot stress enough the importance of finding good employees, but it is also extremely difficult. There’s an unbelievable level of entitlement in many people. People getting an entry level job expect $25/hour, we had a woman in her 40s fake having sick parents to avoid inventory, or they’ll tell you the slightest work is essentially abuse. Interviews are no joke either as you’ll have people annoyed at you for asking questions and a common mentality is that you shouldn’t have to convince an employer to hire you. Whenever we do interviews I am amazed at how many people think I should just give them a job without knowledge of who they are.

It's all necessary to find that one in a thousand applicant that you truly believe you can groom to take responsibilities away from you and become ideally more knowledgeable than you eventually. You should never be afraid of the employee’s success, but instead empower them to be as good as they can be (even if it means they’ll move on to a better job).

There’s been barely a year in my 6 years of business that the government hasn’t negatively affected me. For a year and a half I was on the verge of court battles with Health Canada as they one of our top selling products due to an episode of Dr Phil. Even with the 100 studies to back us up it still took a year and a half to get it reapproved, costing us an entire year and a half of sales of our best-selling product. Less then a year later we were hit with the lockdowns that made some of us shut down our businesses and others work in limited capacities for the better part of 2 years. This essentially forced all customers to the box stores and Amazon. For me personally, we lost 2/3 of our customers due to lockdowns. In my area there were also competing stores staying open illegally and our mayor was defending them because he shopped there. People think there were a bunch of programs to help small businesses, but there was basically just one $60,000 loan that took oddly long to process for some people. They also asked landlords to not charge rent, but they also have bills to pay, so many didn’t. In general, my point is the government will not help small businesses in most cases. It will help the box stores and be a constant battle for small businesses.

The point of me writing this is to stress to you that we (small business owners) aren’t lucky. We’re people who bet everything and sacrificed a lot for the freedom that comes with being your own boss and the prospects of future success. We’re also tired, stressed, depressed, anxious, etc. as one law change can end our careers and most customers have no interest in giving us a chance. It’s a constant battle of pushing forward while questioning if anyone even wants you to. That’s not to say you should shop somewhere just because they’re a small business either, just shop honestly. If you are a college kid looking for a bedframe of course your priority is cost, so go to Walmart or Ikea. If you’re looking for quality though and there’s someone local that makes bedframes out of real wood for a reasonable price, please go buy from him, don’t pretend Ikea is just as good. It’s demeaning, keeps them from succeeding and is just flat out wrong.